The 1972 United Nations Conference on the Human Environment adopted the Stockholm Declaration, which marked the beginning of international environmental law. Its first Principle proclaimed the interrelatedness between humans and nature: “Man is both creature and molder of his environment, which gives him physical sustenance and affords him the opportunity for intellectual, moral, social and spiritual growth.”

Fifty years after the first Stockholm conference, it is only too apparent that international environmental law has failed.[1] Some “trees” have been saved, but the “forest” is disappearing.[2] One of the most revolutionary achievements of the 1972 Declaration was asserting a State’s “responsibility to ensure that activities within their jurisdiction or control do not cause damage to the environment of other States or of areas beyond national jurisdiction” (Principle 21 Stockholm Declaration). Principle 21 reappeared as Principle 2 in the Rio Declaration, adopted at the 1992 Earth Summit. Probably the most significant provision of both Declarations is the “no-harm” rule, now widely recognized as a principle of customary international law, whereby a State is duty-bound to prevent environmental harm to other States.[3]The problem is that, in practice, the “no-harm rule” does not include the global commons, nor does it include the system that supports life – the Earth System – as an indivisible, highly interconnected, and single whole. The indivisibility of the biophysical unity of the Earth System inevitably leads to the formation of a “community of interests” that must be organized with the goal of restoring and maintaining its well-functioning state. 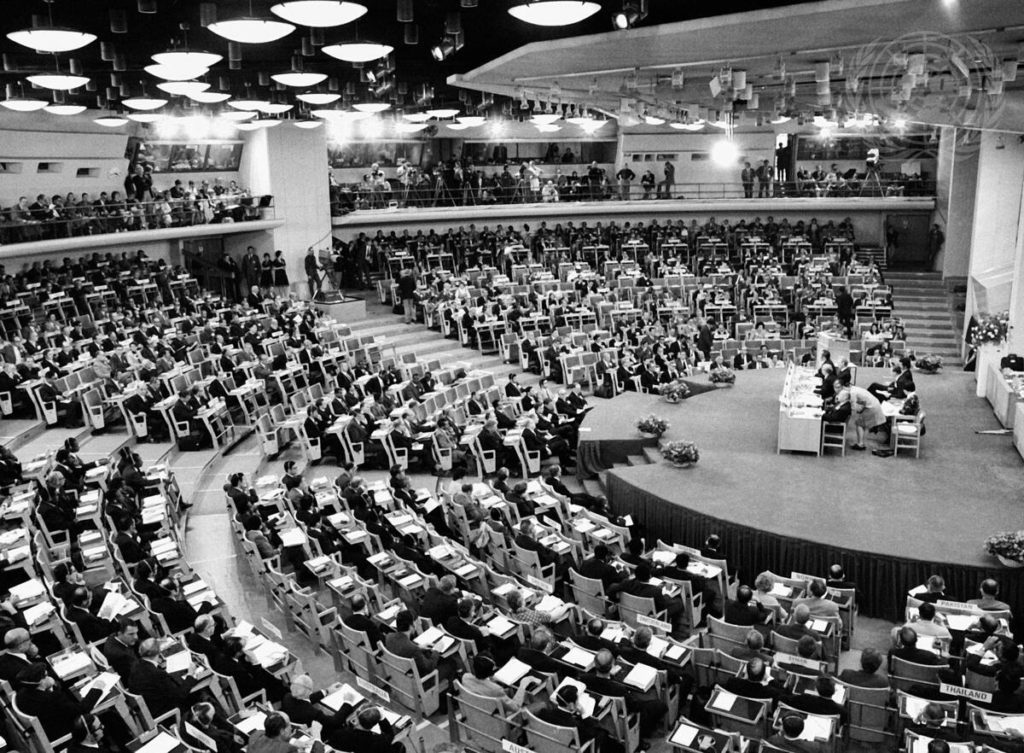 Delegates gather for the opening of the UN Conference on the Human Environment in Stockholm, June 1972 (Image ©

The IPCC has declared that the stability of our climate and ultimately, the destiny of the planet relies on a non-negotiable 50% reduction of emissions by 2030, simultaneously with a massive increase of removals of CO2 from the atmosphere by 2050. To be able to meet this dual challenge, the no harm-rule must evolve to address not only “the environment of other States”, but rather, the whole system that supports life on Earth. That evolution must allow us to govern the shared use of our most important global common: a well-functioning Earth System that corresponds to a Stable Climate at the planetary level. 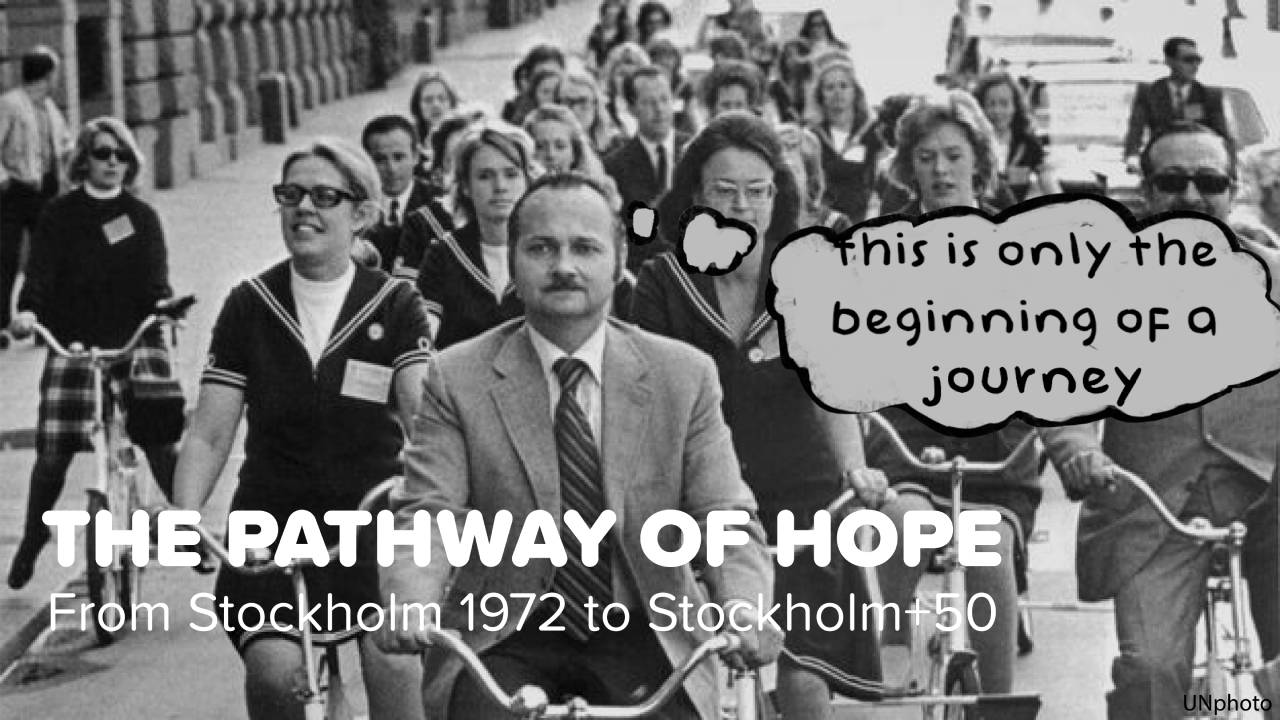 One year before the 50th anniversary of the conference in 1972, the “Stockholm+49 Summit,” began to drive this necessary paradigm shift at a global level. It mobilized civil society organizations, academics, and policymakers to advocate for a strengthened and “fit for purpose” global framework for environmental governance and law. The main goal was to build consensus among civil society actors to present a one-page Declaration with a structured four-step pathway towards the critical paradigm shift we need.

THE FOUR MAIN POINTS OF THE DECLARATION ARE:

Click here to learn more about the rationale behind the proposal. 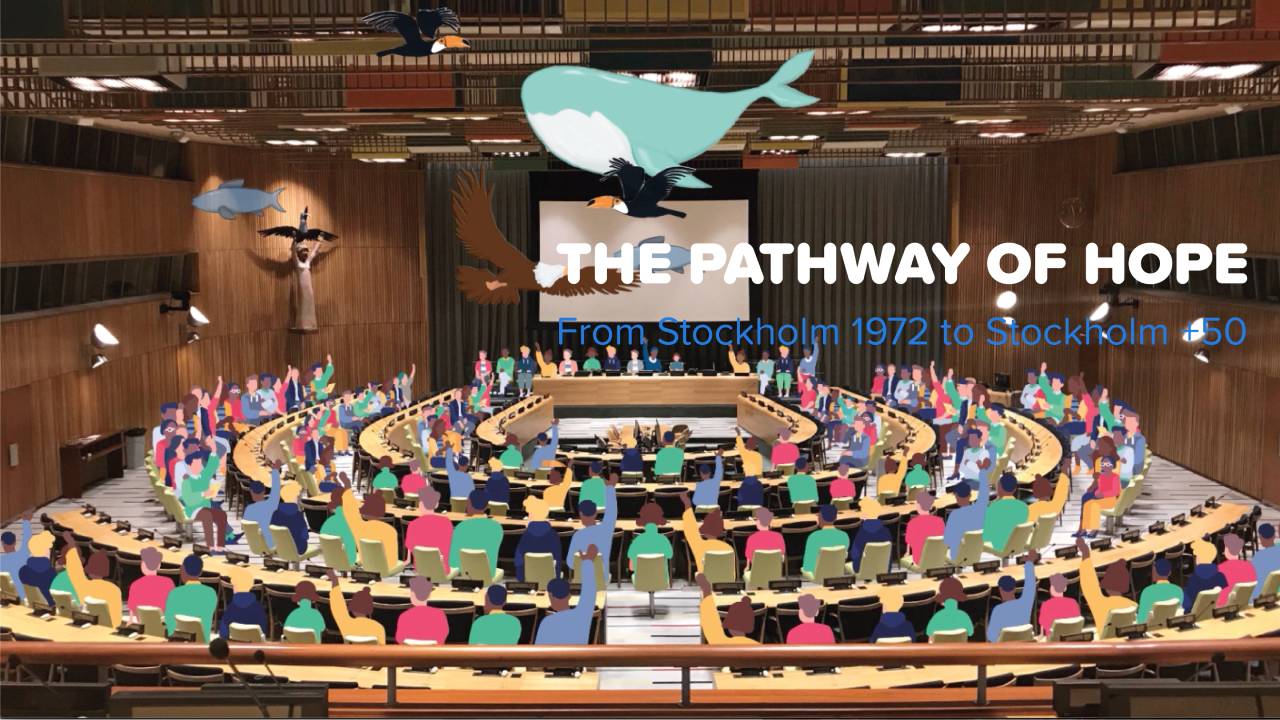 The Stockholm Declaration website was built by One Earth.